By: Charles Leslie Jr | Public Relations | BPP BELIZE NEEDS A POLITICAL + ECONOMIC REVOLUTION “Any kind of action, such as handouts, charity, that relieves people's stress a little bit, without changing the political and economic system, changes nothing over the long run. Belize’s reality as it is today is a testament to that fact.” Belizeans are preparing, once again, to make political change by throwing out the corrupt currently in office, and bringing the corrupt they thre
9 views0 comments
Paco Smith | Chairman | BPP

Amid the madness of the intentional dysfunction which persists, as perpetrated by the PUDP, rest assured your Belize Progressive Party - BPP has its finger on the pulse of what is truly taking place in our beloved nation. The recent revelations emerging from the recent scandal involving comments made by prominent union leaders, concerning the Garifuna community, is indeed disturbing and most unfortunate. In due course all relevant elements shall come to light. Simultaneously
17 views0 comments

It's All About the Economy, Stupid.

According to the statistical institute of Belize, (SIB) February 2017 statistics released consumers prices up by 2.3%, both imports and exports down. The economy contracts by 1.2% for fourth quarter of 2016. The technical indicator of a recession is two consecutive quarters of negative economic growth as measured by a country's gross domestic product (GDP). Belize has had at least five consecutive quarters of negative economic growth. That's tethering on a economic depression
8 views1 comment 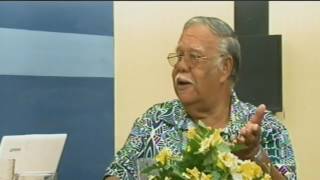 THE TRUTH ABOUT THE BUDGET AND SUPERBOND | BELIZE POLITICS

Its high time Belizeans and true friends of Belize hear the the truth about the two abominations (the Budget and the Superbond), which are, undoubtedly, hallmarks of the PUDP. Let it be known that your Belize Progressive Party - BPP is about solutions. 8867 Today 8867 Tomorrow 8867 Forever Belize, Sovereign and Free - NO ICJ! #video #krem #yayamarin #billlindo #PatrickRogers #howtofixtheeconomy #belizeeconomy #economy
26 views0 comments
Patrick Rogers - Political Leader - BPP

3 THINGS TO DO NOW TO TURN AROUND THE BELIZE ECONOMY

This is an official BPP Position Paper on the Economy Our last recession in Belize occurred in 2009 as a consequence of the bursting of the Housing Bubble that occurred in the United States commencing in the last quarter of 2007. The U.S. Housing Bubble was created when very poor and questionable decisions were taken in the U.S. housing market to spur housing growth. Buyers who were from the outset unable to repay their new housing loans, were lured in by unscrupulous lenders
41 views0 comments
Doug Fox | BPP Adviser

Straw That Is Breaking The Camel's Back?

Hanjin ships, cargo and sailors stranded at sea Could the domino effect be triggered by this to be the start of an economic breakdown or do you believe in the TOO BIG TO FAIL THEORY? The company in this report is bigger financially than the entire country (economy) of Belize. If Belize does not have the foreign reserves and ships arriving, Belize cannot be paid in US $$'s, it will not only stall consumer goods; most fuel arriving as well; Belize will be stranded. We will have
8 views0 comments
Richard Harrison | MBA

How to Stabilize and Grow this Poisoned Economy

The People’s United Party (PUP) government of 1998-2003 went on a spending spree and ran the Belize economic ship into the reef, such that by 2004, internal and external forces pushed them into taking all kinds of austerity measures to take the ship off the reef. The discovery of crude oil in 2005 was their saving grace….the price of crude was around US$60/barrel and increased subsequently towards US$100/barrel…. by 2007-8 they were able to launch SuperBond I to consolidate a
19 views0 comments