Today Belize celebrates Commonwealth Day as one of the 53- member states who abide by the Commonwealth Charter, which states clearly that &q
16 views0 comments
Paco Smith | Chairman | BPP

I am watching this panel presentation on Channel 5, which is touching on the issue of whether or not Belize should take the matter of Guatem
13 views0 comments
BPP-Secretariat

Belize City | September 22nd, 2017 FOR IMMEDIATE RELEASE “BPP DISAPPOINTED IN PUDP LEADERSHIP ADDRESS TO DETRIMENTAL ISSUES IMPACTING BELIZE” Following yesterday’s speeches by both the Prime Minister and the Leader of Her Majesty’s Loyal Opposition, your Belize Progressive Party - BPP takes this opportunity to express its disdain for the lack of depth displayed in each of their addresses, regarding the wide expanse of governance-related issues and the subsequent, detrimen
23 views0 comments
BPP-Secretariat 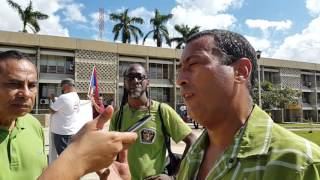 If we do not Stand Up Shoulder to Shoulder in defense of Belize's 8867 sm, we may see from Southside Belize City down to Sarstoon River and island become Alta Verapaz or "the Autonomous Atlantic Coast of Guatemala" (like what happened to the Great Mixitu Nation/Kingdom - where the 1st set of mixed breed Native Amerindians and Africans with minimal European blood were left by the British to be amalgamated into Spanish Nicaragua where they are currently being administered as a
13 views0 comments
Paco Smith | Chairman | BPP

RE: Prensa Libre mocks Barrow’s call for an apology

Original Article Well, I wonder whether this will jog the PM and his band of apologists who adere to the PUDP's FAILED "4A Policy" of: APPEASEMENT, ACQUIESCENCE, ADHERENCE and ACCOMMODATION, into some sense of reality. The level of contempt the Guatemalan oligarchy has for Belizeans is clearly depicted in the caricature. Also it clearly shows Barrow in a subservient position. Does the emperor realise that he and by extension, our nation, are being taken for poppy show? Better
15 views0 comments
BPP-Secretariat

Issues That Are Important To You. Please Take Our Short Survey

Review our BPP Presentation - Belize, Soverign and Free - NO ICJ

With the overabundance of chicanery being promulgated by the various enemies to Belize's territorial integrity, sovereignty and overall well-being, who include: the PUDP, the OAS and the Government of Guatemala, I sincerely hope that Belizeans are not only making note, but are also setting aside their inherent political biases via taking a sober look at the status of matters afoot. Make no ghost fool you, the meeting recently attended by the Foreign Minister and his Guatemal
7 views0 comments
Paco Smith | Chairman | BPP

Barrow's Administration Has Learned Nothing In Dealing With Guatemala

Belize and Guatemala Sign Declaration of Peace in Managua This is pure B.S.! These bloody imbeciles have learned absolutely nothing thus far, in terms of with whom they are dealing. Guatemala shall sign onto anything, but as far as they are concerned, its not worth the paper that was used. They are, indeed, serial agreement-violators. The only demonstration of PEACE that is meaningful is, insofar as I am concerned is for Guatemala to: (1) retreat from the Sarstoon River and c
7 views0 comments 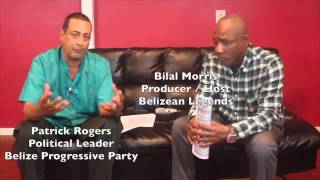